Life is two days, and the first we spend waking up 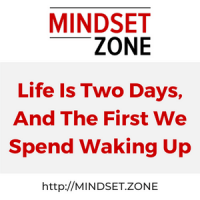 Life is two days, and the first we spend waking up.

This phrase from a Portuguese song I loved to listen to in the 90s sums up one of my favorite mantras, and like any good chorus, it's worth repeating:

Life is two days, and the first we spend waking up.

When we become aware of this, what do we do?

Do we finally express what we believe and start writing our own scripts, or do we  keep trying to meet other people's expectations?

How can we live more fully and more positively  in this world?

These are the kinds of questions I ask myself.

END_OF_DOCUMENT_TOKEN_TO_BE_REPLACED

Shift Your Mindset With Music 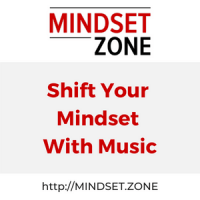 All you need is love. You hear these words and you think of the famous Beatle's song.

Relax, I will not start singing it. I have many talents but singing is not one of them. Yet I love to sing when I'm alone. It makes me feel alive and it can change my mood quickly.

Music is powerful, and often it affects us without our awareness.

When we are watching a movie, we are not necessarily aware of the soundtrack but it totally makes the experience.

Back in the day, I bought many movie soundtracks to replay some of the emotions and feelings of the movie.

“Eye of the Tiger” from Rocky…can we even count how many workouts that song has helped?

END_OF_DOCUMENT_TOKEN_TO_BE_REPLACED 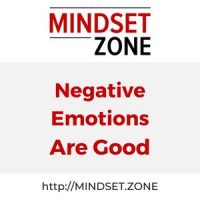 Let's think about situations that cause us to be fearful. Usually, it's something that can put us in danger.

I remember many years ago, in a group adventure, we went rock rappelling.

For those of you who don't know or who have never tried rock rappelling, you lower yourself down the side of a cliff using ropes. If done with care, it's quite safe. Anyway, we ended the day at this natural pool that you could jump into or rappel down to.

END_OF_DOCUMENT_TOKEN_TO_BE_REPLACED

The Power of Restart! 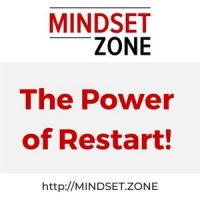 The power of restart!

When your computer starts to misbehave or run slower, common advice is to shout it down and restart it.

Many times we resist this advice.

We have so much stuff open.

We are afraid of missing something.

It will take time.

And we can go on and on with excuses.

But we know that restart can be the most powerful action we can take.

So, here I am restarting to record new episodes to the Mindset Zone podcast and rebroadcasting some of our most popular past content.

Why did I take this long?

What are my excuses?

END_OF_DOCUMENT_TOKEN_TO_BE_REPLACED 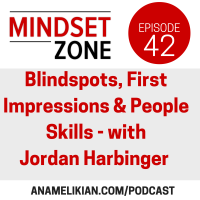 When I was preparing to interview Jordan Harbinger, host of The Art of Charm podcast, I planned to focus this episode on overcoming blindspots.

In fact, I begin by telling the story about my big blindspot in relation to the Top 50 iTunes podcast The Art of Charm that has more than 1.5 million downloads per month.

Yet, the conversation with Jordan was so rich that I decided to rename the podcast.

I changed it from “Overcoming Blindspots”, to “Blindspots, First Impressions and People Skills.”

It’s about learning the art of charm with – the social dynamics expert and entrepreneur – Jordan Harbinger.

END_OF_DOCUMENT_TOKEN_TO_BE_REPLACED

I recorded this MINDSET ZONE episode, on the Fourth of July, Independence Day, in the US.

We commemorate the adoption of the Declaration of Independence on July 4th, 1776. This was when the American colonies declared themselves as a new nation, the United States of America, no longer part of the British Empire.

Independence can be seen as self-government, self-determination, self-sufficiency, autonomy, and freedom.

These are certainly inspiring values to live for.

For my father, who passed away 6 years ago, independence was one of his core values. He raised me and always reminded me about the value of being independent.

I’m grateful for this. Without doubt, being independent has been one guidepost I hold dear.

Yet, I have to admit that when I hold this value above everything else, I limit my possibilities.

END_OF_DOCUMENT_TOKEN_TO_BE_REPLACED 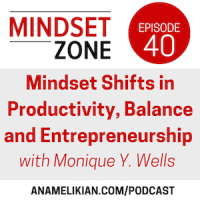 In this episode, I had the pleasure to interview Monique Y. Wells. Monique is a productivity expert, and loves to coach women entrepreneurs who want their businesses to support their ideal lifestyles.

Monique writes regularly for the Huffington Post. There she published recently a three-article series where she interviewed several entrepreneurs in the “expert arena” – coaches, consultants, authors, speakers, online marketers – about their experiences of six or seven figure business growth.

This interview focused on mindset shifts around productivity, balance and entrepreneurship (namely what usually happen for the solo-preneurs to be able to survive the start-up phase, and grow their business to the six or seven figure mark.)

END_OF_DOCUMENT_TOKEN_TO_BE_REPLACED

Transitions–The Eagle and The Mouse

In episode 26 of the MINDSET ZONE podcast where the topic was “Do People Really Change?”, I spoke about a Greek philosopher called Heraclitus who said:

Heraclitus believed everything is in constant flow, everything always changes.

I thought about this when I watched a short video from Martha Beck, a popular life coach and author. She shared her strategy to deal with major life transitions. Martha begins with the perspective that “all life is transitory” and if we accept that, we can better deal with unexpected changes.

END_OF_DOCUMENT_TOKEN_TO_BE_REPLACED 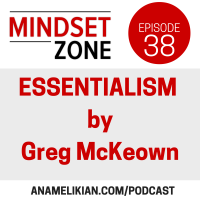 To conclude my series of podcast episodes about the importance of “Focusing”, I was honored to interview Greg McKeown, author of the New York Times Best Seller Book – Essentialism: the Disciplined Pursuit of Less.

He is also an amazing keynote speaker that I had the opportunity to meet at the ICON15– The InfusionSoft Annual Conference held in Phoenix, Arizona.

Here are some of the topics we spoke about:

END_OF_DOCUMENT_TOKEN_TO_BE_REPLACED 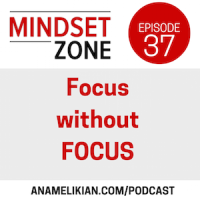 I can’t stop focusing on focus 🙂

Today, I decided to speak about “Unfocus to Focus.”

During my conversation with Omar, he spoke about an interesting phenomenon that happens when we are on vacation, and not thinking about our to-do lists.

This situation creates space that allows us to see our priorities with more clarity.

Thankfully, we don’t have to wait for our next vacation to experience this.

END_OF_DOCUMENT_TOKEN_TO_BE_REPLACED

Get Every Episode Automatically!