Changing Is Two Steps Forward and One Backwards 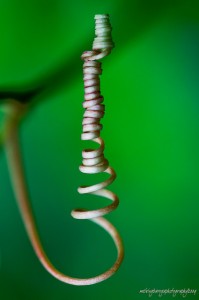 Often when people think about changing something in their lives, they get paralyzed by the thought of change itself.

‘Typically they say to themselves:

And any other excuses that their internal saboteur can think of (yes, you are not alone, everybody has a personal internal critical voice that tries to undermine their self-esteem, but that is a theme for another blog).

When I work with people trying to change their lives, I usually speak about a model of change developed by a team of psychologists in the 90s*.

The first point to make clear is that change is complex enough to have many models trying to explain it.

The one I'm going to described below is one of my favorites. It emerged from the studies of successful self-changers, that is, people who successfully change important behavior in their lives without professional help (for instance, to stop smoking).

According to this model, if someone wants to change a habit or behavior, they will go through a 5 stage process.

During the first stage, they are in pre-contemplation. Here people don't see any need for changing, in spite of friends and family thinking otherwise. Imagine somebody with worn-out clothes to the point of having holes in it, but yet rationalizing that they are OK and they don't need to buy new ones.

The second stage is named contemplation, since people realize that there is something that they are better off changing, yet they don't know how or they don't feel quite ready to do it, (and they use the typical excuses referred to above). It is like if the person with worn-out clothes looks at herself in the mirror and realizes that she really needs new clothes, but she keeps contemplating this need and the best that she can do is window shop. She can feel that she doesn't have enough money (read resources), or she is looking for the perfect clothes or the best deal, etc. We can spend lots of time in this stage spinning our wheels without going anywhere.

Eventually we can move to the preparation stage, where we really start to devise a plan with concrete action steps with dates of implementation. “OK, today is Saturday and I'm going to this shopping mall, to that specific store. I know that I need these items on this list and I have enough credit in my account to get them.”

Then, if we don't take a step backwards and start to doubt our own plans (“Maybe I should research more”), we move on to the action stage where we visibly modify our behaviors and surroundings. This stage has all the glory, but could not happen without the others before it. It's like the victory of running a marathon. That couldn't happen without the needed preparation and intention of doing it.

Moreover, if you run the marathon and stop exercising afterwards or if you buy new clothes but don't take care of them or expect them to last forever, soon enough you will be at least 2 steps backwards, back in the contemplation or worse – denying the need to change and arguing that “I already did that, but it didn't work.”

To sustain a new habit or change in our life, we have to go through a maintenance stage where we begin to consolidate the new habits, behaviors and patterns. Only if we persist and keep going two steps forward and not giving up when we take a step backwards, will we be able to reach a plateau where these new habits and behaviors become automatic and second nature to us. This is the last stage of the change process and a new starting point to continue learning, evolving and changing.

Very important – this is not a linear process where you go from stage 1, to 2, then 3, then 4, 5, and 6. The best image to describe the changing process in an ascending spiral like the plant in the photo. There are ups and downs, steps backwards and forwards, with the important thing to keep going, learning for the relapses and keep trying.

TIP: Get a good support team and this process becomes easier and even a fun one.

Get Every Episode
Automatically!

Expand What Is Possible

Fear of Speaking with Linda Ugelow

Power of Commitment with Frank Wagner

The Sandwich Generation, Aging, and Community with Shain Khoja

You Can’t Push through Uncertainty with Steven Feinberg

Through the Lenses with Raj Bandyopadhyay

Ready for Ana to unlock the potential
of your next event?