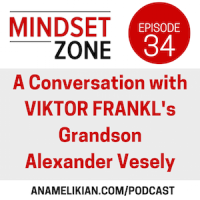 In this episode, I spoke with Alexander Vesely about his grandfather, Viktor Frankl.

He was an Austrian neurologist and psychiatrist, as well as a Holocaust survivor.

Frankl is known by many via his best-selling book Man's Search For Meaning.

Alex Vesely is an Austrian-born filmmaker and trained psychotherapist.

His movie – “Viktor & I” – is an impactful documentary about his eminent grandfather, Viktor Frankl.

For three years, he traveled the world to bring us this insightful look at Viktor Frankl through the eyes of those closest to him.

In our conversation we discussed:

END_OF_DOCUMENT_TOKEN_TO_BE_REPLACED

React or Create – Your Choice 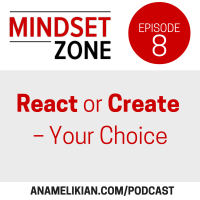 Think about a time when you lost your car keys, and you are already running late.

You know that they have to be somewhere in your house, and you almost sure that you left them in the kitchen, but you can't see them anywhere.

You feel the stress build and know that doesn’t help, but it’s seems impossible to stop all your negative thoughts and emotions.

Negative emotions are very strong and our body is wired for a quick response to negativity.

END_OF_DOCUMENT_TOKEN_TO_BE_REPLACED

Searching for Meaning – Are You Aiming High Enough? 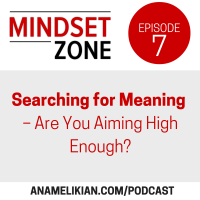 One of my favorite books is Viktor Frankl’s “Man’s Search For Meaning.”

Part One is an account of Frankl’s experiences as a prisoner in several concentration camps during the Second Word War. His recollections are sad, moving, and inspiring.

One of my favorite passages:

END_OF_DOCUMENT_TOKEN_TO_BE_REPLACED

Get Every Episode Automatically!