016: Courage To Be Imperfect

Perfection – I strive for perfection.

I always did, and I still do.

I like to do things as well as possible. I'm always looking for ways to improve.

I know that perfection is an illusion.

It's impossible to produce something totally flawless, but why not to try to create something as good as possible.

In preparation to produce this Podcast,  I invested the time and money to learn from the Podcast Answer Man, Cliff Ravenscraft.

To launch this podcast, I invested the time and money to learn from John Lee Dumas of Entrepreneurs On Fire.

I decided to do this podcast – MINDSET ZONE – because I know that I can create experiences that will help my listeners to expand their possibilities about what they can do and be.

Most of the episodes have been solo, and I only bring guests for interviews, when I think that adds significant value to the overall experience to my listener.

I'm also aware that when we do a podcast interview, we increase the reach of our message to a wider audience. We are potentially speaking to our own peeps and well as the people who already follow our guest.

Thus, to bring the Best-Selling Author Michael Port, to the last week's episode was a very important event at both levels (to create an incredible experience and increase the reach of the Mindset Zone to new listeners).

I wanted this interview to be as to be perfect as possible.

I Did The Prep Work

I had prepared the topic and questions I wanted to cover with Michael well ahead of time. I thought I had planned equally well the environment here in my home office to be ready for this event.

This happened during my 5 year-old daughter's school winter break, thus I asked my husband to take her out of the house during the interview.

There was a miscommunication about timing, and they returned home during the recording.

There I was, trying not to panic, and trying to manage everything in order not to ruin my perfect interview.

If you are a home based solo-preneur, you probably get this scenario.

Not surprisingly my daughter interrupted the interview by saying hello in the mic (she loves mics!).

Again, trying not to panic and bring all my professional skills into play, I utilized the situation to illustrate how we have to be able to deal with situations that are not perfect and yet keep putting our work out there.

Courage To Be Imperfect

Still, the truth is, it took me a week to gather the courage to listen to the recording and decide if I was going to use it or not.

I had worked hard to produce this interview.

It was the right timing.

My show was trending high in the New & Noteworthy lists in iTunes. I was showing in the main feature chart. 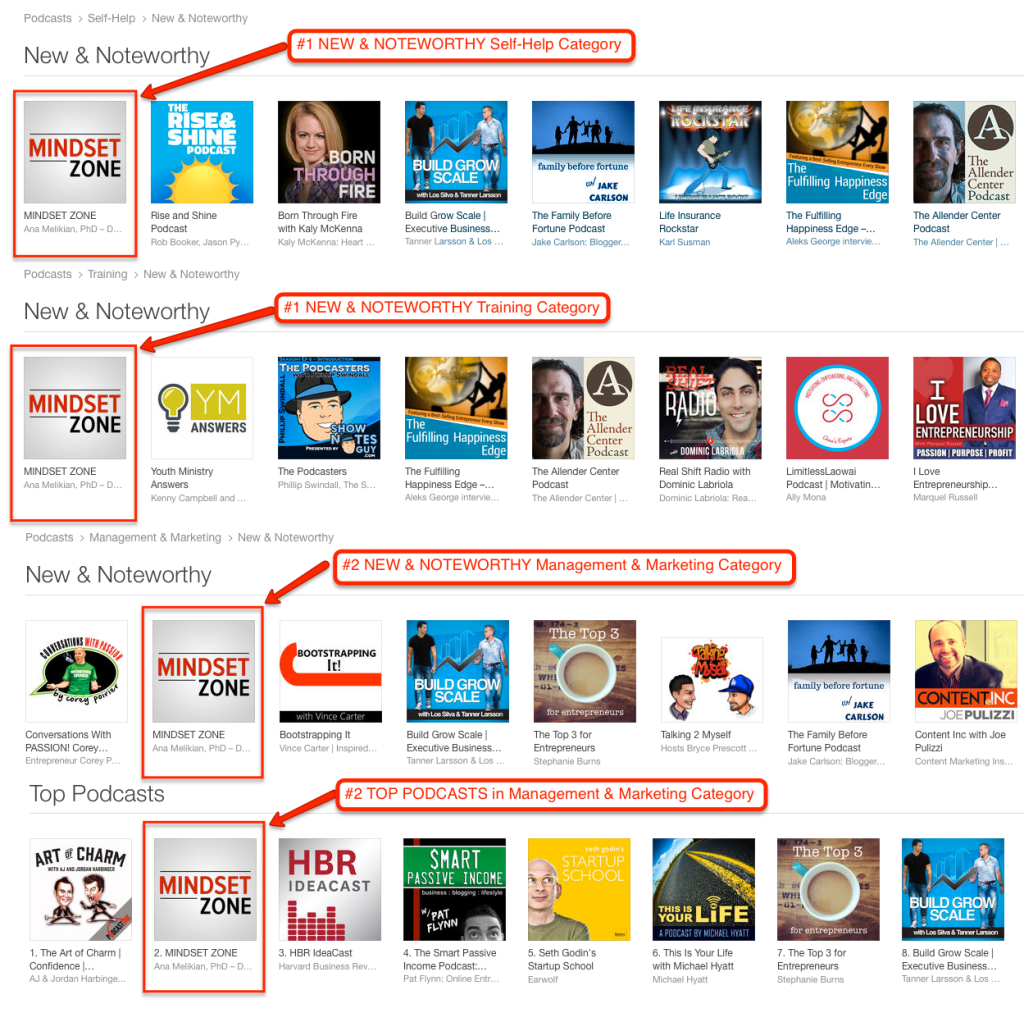 Finally, I was reaching more people, and I knew I had the opportunity to give them an experience that could determine if they will keep following my show (or not).

I had to decide to publish (or not to publish) the interview.

What would people think?

What kind of professional image am I going to project?

Agonizing with these issues, I thought of possible solutions.

Maybe, I could edit that part out (but, there was solid content that I would have had to cut as well).

Maybe, I could ask Michael to re-record the interview, (however, that would delay the release of that episode at least for a couple of weeks).

I gathered my courage (and pressured by the deadline to make a decision,) and hit play.

The interview sounded better than expected. 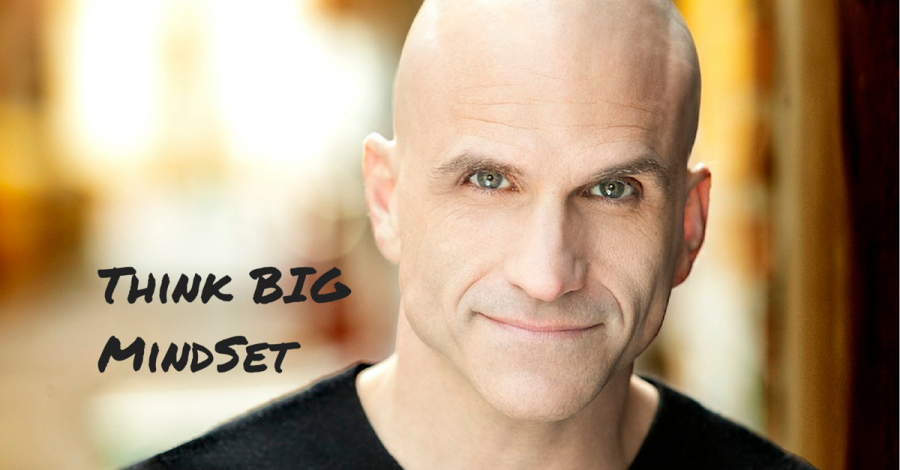 The reality is that doing a good interview with Michael Port is not difficult. If we have a good enough first question, we just have to keep out of his way and he will produce a great show, full of useful and powerful content.

Yes, I can see my nervousness by counting the amount of “uhmms.”

I know I could have done a better job in facilitating the flow of the interview.

Yet, the content was solid, and the message of thinking big is a very important one. Michael dealt so graciously with my daughter’s interruption that it produced a sweet and fun moment.

The interview was really a good one, and it was published last week. It's the more popular episode so far.

So why did I made such a drama about it?

The turmoil of this process made me face my own gremlins about perfection.

I decided to read the book,”The Gifts of Imperfection.” 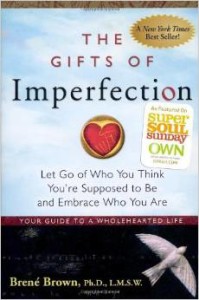 This book is written by the best-selling author Brené Brown who is also a researcher and amazing speaker I admire a lot..

In her book, Brown give us 10 guideposts in order to live a wholehearted life.

I had to recognize that I strive for perfection, but often not for the right reasons.

As Michael Port says in the last episode interview, we should be aware if we are doing something for approval or for results.

Reading Brené Brown’s book helped me to understand and become aware that:

I'm all about both striving to be our best, and self-improvement.

Yet, if we decide to be on the spotlight in order to reach more people, we have to let go of perfectionism.

We have to have the courage to be imperfect. To be vulnerable. To dare greatly.

It is not the critic who counts;

not the man who points out how the strong man stumbles,

or where the doer of deeds could have done them better.

The credit belongs to the man who is actually in the arena,

whose face is marred by dust and sweat and blood;

who errs, who comes short again and again, because there is no effort without error and shortcoming;

but who does actually strive to do the deeds;

who spends himself in a worthy cause;

who at the best knows in the end the triumph of high achievement, and

who at the worst, if he fails, at least fails while daring greatly,

so that his place shall never be with those cold and timid souls who neither know victory nor defeat.

Excerpt from the speech “Citizenship In A Republic”
delivered by Theodore Roosevelt at the Sorbonne, in Paris, France on 23 April, 1910

[See Brené Brown's video where she recites this quote at 7mn 3sec, and much more :)]

This is my story of my own struggle with perfection and imperfection.

Do you resonate with this struggle?

Do you fight with perfectionism too?

Are you your worst critic?

Love to hear your experiences.

It's so easy to let perfectionism stop us from making a difference and play small instead of playing big.

To learn how to Subscribe, and/or Rate & Review this or any other podcast click the links below:

Via your Computer (Mac or PC)

No comments yet. You should be kind and add one!